When all you have is a 90 billion in cash, everything is for sale.

Here’s the gist of things:

“Court documents indicate that Google paid Apple $1B in 2014, and we estimate that total Google payments to Apple in FY 17 may approach $3B,” Bernstein analyst A.M. Sacconaghi Jr. said. “Given that Google payments are nearly all profit for Apple, Google alone may account for 5% of Apple’s total operating profits this year, and may account for 25% of total company OP growth over the last two years.”

This story had some very interesting comments on Hacker News. Someone echoed a thought that crossed my mind:

Have you tried to find something on Bing? People will just switch default to Google themselves–why pay so much?

#1 – Google pulled it’s Maps app from being default several years ago because Apple wasn’t sharing valuable user data. Here’s how being default for Apple Maps has shaken out:

At WWDC last week Apple announced that it receives 5 billion requests per week for its mapping services and that Apple Maps is used 3.5 times more frequently than “the next leading maps app”—i.e. Google Maps.

#2 – Being the default search engine for iPhones provides SIGNIFICANT revenue for Google.

I keep looking for that Apple search engine, but maybe with 3 billion in pure profit, they’re in no hurry to compete…

Thinking About AMP For Your Ecommerce Site? Think Again

I’ve heard a lot of terrible things about AMP so far. I can’t think of any really positive stories I’ve heard…

This post is specifically about ecommerce and AMP. Let me summarize it for you:

No ranking boost, no integrations available, analytics are limited, and a bunch more.

But what about that speed, son? AMP is faaaaaaast right?

After a lot testing around I was actually able to find a way to test AMP pages versus mobile sites for their speed. Using GTmetrix from the Vancouver testing location you can test with a mobile browser. Google does not redirect the page, so you are able to test the AMP speed directly.

Well, not much to this one, but a very interesting development:

…when the mobile first index rolls out, which won’t be for some time, content in tabs or hidden for user experience purposes, will rank just as well as content in plain view of the user.

Currently, content hidden in tabs do not rank as well in the desktop first index world. But that will all change with the mobile-first index said both Gary Illyes and John Mueller of Google.

In the past we were huge fans of putting SEO optimized content hidden inside of tabs. In fact, we even had a plugin made to do just that. The idea was to simply hide the SEO content on the page to get the SEO benefits, without having to mess up the user experience. Unfortunately Google changed it so that this didn’t work for a while, but coming soon to a mobile index near you, our strategies will be back 🙂

With the roll out of Google voice search to 30 new languages around the world, it is now available to over one billion people worldwide.

It’s getting more sophisticated. In addition to constantly adding new language functionality, voice search in infiltrating the iOS Google Keyword, can search or type emoji phrases, and has its own cloud-based API for adding to a bunch of products in the future.

Get your… site together and optimized for voice search. It now supports a total of 119 languages.

Google and the Open Internet

If you’re an SEO, this quote is probably pretty chilling:

Google has always had these ambitions to one extent or another. Former Google CEO Eric Schmidt said way back in 2005 that the platonic ideal of a Google search should ultimately yield just one result, and that result would be the simplest answer to the query, no clicks needed.

(One day, when there’s only one organic result, 11 ads, a sponsored featured snippet, and an auto-playing video of some local used-car guy, we’ll look back fondly on the current state of the SERPs).

Basically, Google has been pushed to become more of a closed platform (all Google products all the time) once Facebook has basically succeeded in doing this inside it’s own site.

Google’s mobile experience has become even more insulated from the rest of the web. Some secondary results pages are now entirely self-contained; they list relevant information directly on the page and link only to AMP articles, YouTube videos, and other results pages in the same format. It’s not hard to imagine how this set-up might be fleshed out into an entirely closed information network one day.

Don’t take it personally, SEO guy/lady, Google doesn’t hate you specifically, it just needs to make money and also, like all businesses eventually, copy what Facebook is doing.

Just another thing to keep an eye on, as the search landscape evolves. 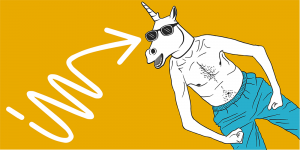 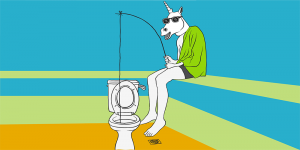 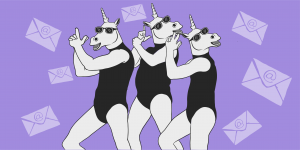 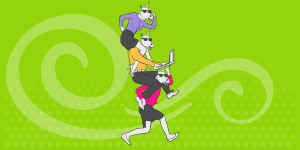 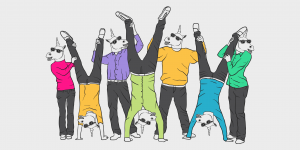